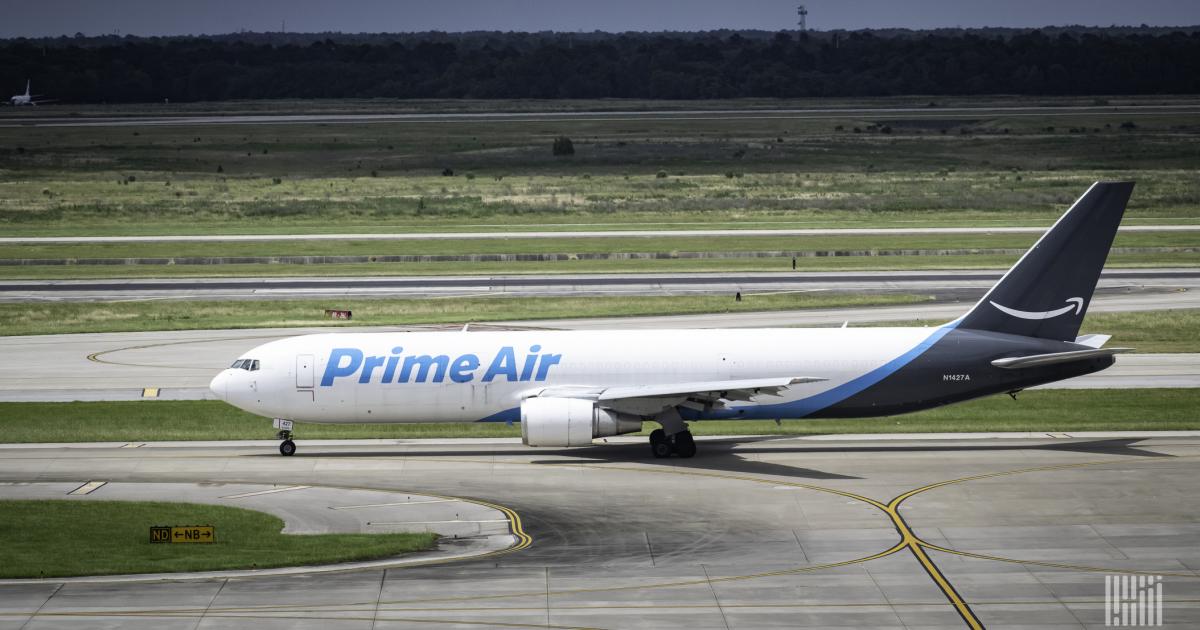 ATSG said in an SEC filing Monday that Amazon for the first time exercised warrants it held, paying $131 million to take a 19.5% share in the Wilmington, Ohio-based aircraft leasing and aviation services company.

Amazon is purchasing about 14.4 million shares in two transactions, which must be approved by the U.S. Department of Transportation, ATSG said. Its stock price increased a fraction during Tuesday trading.

The minority stake gives Amazon the right to appoint one member to ATSG’s board, Bloomberg reported. If Amazon Air leases more aircraft from ATSG and exercises warrants, it eventually could own up to 39.9% of the contract carrier. It received the warrants under deals struck in 2016 and 2018.

U.S. e-commerce sales skyrocketed 40% last year as people shifted spending to goods they could enjoy at home or outdoors instead of spending on services that were limited by restrictions on public gatherings. Analysts estimate e-commerce will grow about 20% this year, compared to about 13% compound annual growth prior to the pandemic.

Amazon Air has more than 70 aircraft in its active fleet and is expected to operate more than 80 by next year, according to figures from Amazon. Atlas Air (NASDAQ: AAWW) and Sun Country Airlines also carry out dedicated contract carriage for Amazon in the U.S., with ASL Ireland Airlines (part of ASL Aviation Holdings) hauling packages in Amazon’s small European network.

Amazon created a private cargo airline more than five years ago to reduce dependence on FedEx and UPS, and allow it to better meet commitments for fast delivery.

ATSG expects to fly 46 converted Boeing 767 freighters for Amazon by the end of the year, up from 33 in December, CEO Rich Corrado said during last week’s earnings call. ATSG leased its first five aircraft to Amazon in March 2016.

Amazon is front-loading deliveries of 11 freighters it is leasing from ATSG this year. Five aircraft will enter service in the first quarter and seven in the first half, Corrado said.

Amazon is also purchasing and converting some aircraft on its own for the first time as it rushes to expand its air network in time for the opening of its new U.S. hub at Cincinnati/Northern Kentucky International Airport this fall. In January, the online retailer bought 11 of the medium-size 767s from WestJet and Delta Air Lines(NYSE: DAL). The four WestJet planes are being converted and are scheduled to join Amazon’s fleet this year. Amazon could outsource operation of some, or all, of those aircraft to ATSG under a Crew, Maintenance and Insurance contract.

“We anticipate that Amazon like other large network operators may source freighter capacity from both acquisition and leasing in the future. And we anticipate CAM will remain an excellent source for any leasing capacity they may require,” Corrado said.

ATSG also said Monday it has realigned its brands to emphasize the sale of bundled services heavily aimed at the rapidly growing e-commerce sector.

Amazon retains warrants exercisable for 21.8 million shares, which will likely finish vesting by the end of the year. Helane Becker, airline analyst for Cowen & Co., said Amazon likely kept its ownership stake below 20% for accounting reasons.

ATSG, like other all-cargo carriers, is benefiting from the dearth of long-haul passenger traffic due to the coronavirus pandemic. Last year, revenue increased $118 million, to $1.52 billion, and operating income increased $30 million, to $206 million. The company’s stock is up 27.5% since the start of 2020.