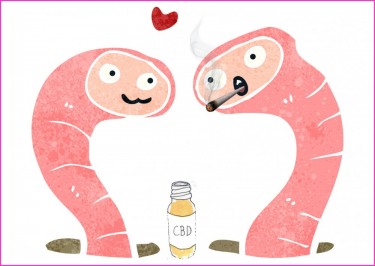 The varying health benefits CBD offers have contributed immensely to questions about longer-term effects because you’ve got to admit that when something adds value to our health, we all want to know if there is more to the product. So yes, CBD is an alternative treatment for pain, acne, and even heart disease but what people want to know is it can lengthen our life span? By using CBD, can we live longer in excellent health?

What does the research say?

According to a Canopy Group Corporations study, CBD consumption offers benefits of a longer life span in worms. There are no clear-cut clinical trials on humans that prove this postulation. Researchers discovered that CBD did not show any sign of prolonged lifespan toxicity or liabilities through the worms.

The worms treated with CBD displayed increased lifespan by up to 20%, with their late-stage life activities increasing by 200%. But these results only show the impact of CBD on worms and the absence of toxicity hence the reason more research is required into long-life effects on human beings.

But the bigger picture here is that the potentials CBD displayed through the worms holds much promise for humans in the future. The effects of cannabinoids on lifespan cannot be readily determined through human testing. Humans already have a longer lifespan than other mammals; it will take a while to arrive at definitive conclusions.

However, the Canadian Cannabis Grower’s Corporation worked with a preclinical model for its research with worms as their genes resemble humans. Additionally, worms have a lifespan of 2-3 weeks; thus, it gave the researchers adequate time to monitor the increase in lifespan during the research.

Since the worms showed promising results (with their similar genes to human beings), it is only safe to conclude that there is a potential for such positive results for humans in the future. Of course, this realization doesn’t mean CBD is no longer sufficient: it buttresses the fact that more research is needed to understand human beings’ possibility of enjoying a longer lifespan with CBD.

The researchers who unraveled the findings with worms evaluated based on acute toxicity, solubility, and stability to check how CBD performs in the animal with these factors. Is it soluble, stable, and non-toxic? These questions aid their research, and for human beings to know if CBD will offer a long lifespan, these questions also need to be answered.

None of the worm subjects died when exposed to acute cannabinol as instead, the results showed the opposite. As the worms were exposed to cannabinol in concentrations, their lifespan extended, and this may apply to human beings if human trials happen.

Based on the University’s research, with CBD, older animals regressed to the state of two-month-old mice after prolonged low-dose treatment with cannabis as the active ingredient in the medicine. This research also opens up the possibility for more investigation into how CBD can minimize the impact of dementia in older people.

The brain ages like other organs, and cognitive decline are expected in old age as well, such that some people die not just because of “Old age” because their organs are not in a regenerative state. The person also struggles with learning new things, and while this is a normal process, it starts to cut short his or her life span. Researchers have been looking for solutions to slow down or reverse the aging process, and the researchers at Bonn University found some answers with mice.

Mice have a short life expectancy and start to display this “Cognitive decline” from twelve months of age. But when the researchers administered small doses of THC, which is the active ingredient in cannabis, the mice aged up to 18 months within four weeks. The researchers also tested the cognitive capacity and memory performance and discovered that the cognitive functions of the mice treated with CBD were excellent.

With these promising results from mice and worms on lifespan and reversing the impact of old age, clinical trials on humans are required to investigate if THC can reverse the aging process in the human brain. There is still a long path from mice and worms to human beings in terms of CBD‘s impact on lifespan, but the course is already set for what could be the future of cannabis. Until human trials happen, human beings can start to maximize the health benefits of CBD: a healthier life now will make the pathway to old age more comfortable. Older people who take CBD can reduce blood pressure, prevent diabetes, reduce pain, and help them thrive in health such that they live healthier and longer.

It may not sound like it is good news since we discuss and consider the impact of CBD on lifespan, but what truly makes one enjoy a longer life? When a person approaches old age, what becomes his or her most prominent concerns? The answer lies in the absence or minimization of health challenges and diseases, which this research has uncovered with CBD. No one wants to be old with back pains, memory loss or even cognitive decline. Dementia and Alzheimer’s diseases are everyday experiences as humans grow older, and if these challenges are taken care of, the older person will thrive in old age.

This research on the impact of CBD for long life is a recent one and the first of its kind. It should be noted that it explains the lack of in-depth literature on the subject. But from all indications, CBD is safe even when applied in high doses, and it presents the possibility of increased long-term impact on human beings. Although it is already proven that CBD offers a wide range of health benefits, there is a need for additional research and trials that demonstrate its impact on a longer lifespan. 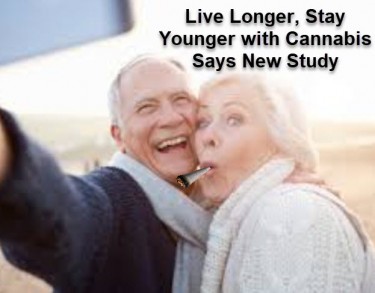 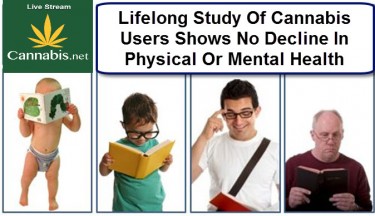 WHAT DO LIFELONG STUDIES SHOW ABOUT CANNABIS USERS, CLICK HERE!