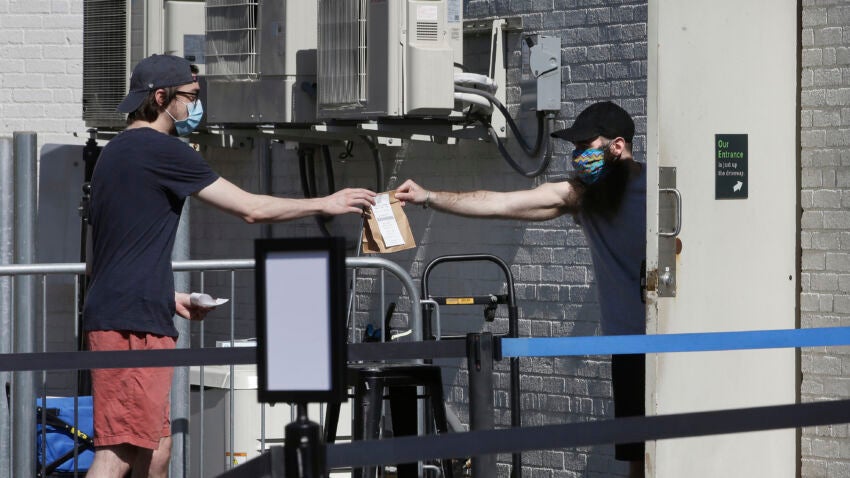 Facing an exodus of its members, the Commonwealth Dispensary Association is withdrawing its lawsuit against recently approved recreational marijuana delivery rules in Massachusetts.

The CDA, a trade group representing the vast majority of medical and adult-use cannabis dispensaries, had sued the state’s Cannabis Control Commission earlier this month, in an attempt to block a new type of delivery license type created by the agency this past fall.

The license — which would effectively allow standalone marijuana delivery businesses with their own warehouses — was part of the CCC’s ongoing, if fledgling, efforts to increase the number of local and minority-owned operators in the industry. The CCC also decided to make the delivery license, as well as a courier-style license, available only to applicants in their social equity programs for a minimum of three years — meaning that almost all of the state’s existing dispensaries would be locked out from the delivery game until at least 2024.

The CDA says that it, too, is committed to the goals of increasing diversity in the corporate-heavy industry. But the group filed a lawsuit against the CCC on Jan. 13 in Suffolk County Superior Court, challenging the new delivery rules on a number of legal fronts.

Despite the three-year exclusivity and other limits on the new license, the CDA also argued that the rules, which do not limit the number of vehicles a wholesale delivery licensee can own, could eventually lead to the “possibility of an ‘Amazon’ scale operation undermining both brick and mortar retail and smaller delivery operators.”

However, over the past few days, a wave of prominent CDA members announced they were quitting the group in protest of the lawsuit, which they said conflicted with their commitment to equity and inclusion in the cannabis industry. The departures included New England Treatment Access, the largest marijuana operator in Massachusetts, as well as Garden Remedies and In Good Health.

“Decades of the ‘war on drugs’ and the disproportionate harm such policies caused to members of specific communities cannot simply be erased by ignoring the past or leveling the playing field ‘from now on,’” Garden Remedies said in a statement Saturday announcing its resignation from the CDA. “Specific, targeted and aggressive action must be taken to acknowledge the issues and create a roadmap to a better, more inclusive industry.”

According to The Boston Globe, at least 10 members had resigned from the CDA by the end of the weekend. Others expressed opposition to the lawsuit but said they would remain a CDA member and apply pressure from the inside to reverse course.

And on Monday morning, they did.

“The CDA has determined it is in the best interest of the industry and our members to drop the lawsuit against the Cannabis Control Commission (CCC),” the group said in a statement. “We all need to be working together on achieving our many shared objectives, including increasing the participation of a diverse set of entrepreneurs in the industry.”

It remains unclear if those who quit the CDA will rejoin following the decision to drop the legal challenge — or how the initial suit was filed amid so much opposition from members (for a more cynical take, read the Globe’s Dan Adams). In its statement Monday morning, the CDA noted that its “difficult decision to take legal action” had been “supported by the vast majority of members.” Prior to last week, the CDA had more than 40 members.

On Twitter, former CCC commissioner Shaleen Title credited activism from cannabis advocates for the CDA’s decision to drop the lawsuit.

“I hope this marks the end of a certain pattern of behavior seeking to undermine equity and a fresh start with the new commission to work together,” Title wrote.

Moving from the initial/creation stage to the maturing stage will take hard work and closer collaboration between industry and CCC. I hope this marks the end of a certain pattern of behavior seeking to undermine equity and a fresh start with the new commission to work together.

In its statement, the CDA said it was “confident that our membership fully supports the goal of increasing diversity of ownership and wealth generation opportunities in the Massachusetts cannabis industry” and looked forward to working to find common ground with groups like the Massachusetts Cannabis Association for Delivery (MCAD) as the industry continues to grow.

“The past several days have motivated our organization to look inwards, and outwards, to work together to create real positive change,” the CDA said.

In a separate statement Monday, the MCAD — formed to be a “unifying voice for cannabis delivery companies” in Massachusetts — said it welcomed the news of the CDA’s decision to withdraw the lawsuit.

“We also acknowledge that true justice is served not simply by removing barriers placed in the path of disadvantaged peoples and communities, but also by taking active measures to help these communities and the people within them,” the MCAD said. “Towards this end, MCAD welcomes a dialogue with all stakeholders to implement meaningful programs that benefit all, harm none, and create progress towards real social justice.”

The group said that it would “adopt a ‘trust but verify’ stance when it comes to people and organizations that pledge to do the right thing,” adding that “equity should be supported all the time, not just when it’s financially convenient to do so.”