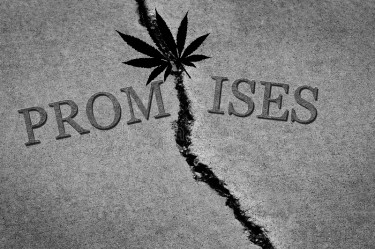 The prominence of medical marijuana in recent years has been the driving factor behind the advocacy for reforms and decriminalization of the cannabis. Different testimonies of the medicinal goodness embedded in cannabis have attracted many to pay attention to the herb. The implication of this is that many newcomers have very high expectations when they look to use cannabis. This situation is also not helped by the fact that the Internet is now littered with different claims of the medicinal effects of cannabis without sufficient proof to back it up.

In this article, I’ll shed light on some of the grey areas of the promises of cannabis and why many may feel that cannabis products are under-delivering.

To critically assess the promises of marijuana with respect to their results, there are some important questions that needs to be answered.

What is the current scope of studies into medicinal marijuana?

For a niche as important and peculiar as medical marijuana, we can boldly say that less than enough works of research has been carried out so far. The fact that the federal government still classifies cannabis as a Schedule I narcotic drug has been a major factor behind this as it makes it harder to carry out relevant studies. The implication of this is that different types of claims can arise regarding the effectiveness or use of cannabis and these can only be refuted critically with relevant studies.

The lack of sufficient works of research into medicinal marijuana has made many people put out strong claims about cannabis. Most of these claims are now firmly fixed on the lips of cannabis users and oftentimes serve as the basis for which many go into medical marijuana. One such claim is that cannabis can be used directly to treat Alzheimer’s disease, a claim which has not been fully backed up by clinical evidence. All these makes it very hard to discern what the truth is and what this often does is set up most newcomers for disappointment, especially those with obscenely high expectations.

What are the known effects of cannabis?

The majority of cannabis experts will tell you that cannabis works well both in the day and at night depending on desired effects. Some of the cannabinoids in cannabis such as THC will help provide the needed energy for productivity during the day while CBD, another cannabinoid, is a beneficial compound that helps to improve sleep at night and ease discomfort. To further analyze the effects of cannabis, the type of strain use can also be brought into the picture. The two common types of cannabis strains, Sativa and Indica have been shown to provide different types of effects, while the latter provides bursts of energy, the former induces a calm relaxing feeling.

However, it should be noted that a study conducted by some researchers from the University of British Columbia disputes this common belief. The study which occurred in the fall of 2018 delivered the same type of results for Sativa and Indica cannabis strains. This suggests that the effect of the CBD and THC ratio in a cannabis strain might be the major factor that influences the effects to expect. According to this study, the classification that Sativa and Indica cannabis strains give different effects might not be true.

However, a counter to this conclusion is why then do users feel different effects when these strains are used. Also, why do hybrid cannabis strains with more ratio of one strain over the other give the kind of effects they give.

What are the current well-researched medicinal benefits of cannabis?

To know the truth as to the range of ailments cannabis can effectively treat, we must rely on existing works of research. The National Academies of Science, Engineering, and Medicine after reviewing over 10,000 studies on medical marijuana finally agreed on some ailments that cannabis is useful for. The range of ailments they agreed upon include pain, spasms, insomnia, and nausea associated with chemotherapy. These remain the well-researched medicinal benefits of cannabis and many of the uses of medical marijuana fall under this category.

It should be noted that there have been several claims that cannabis can help in dealing with some ailments without the presence of sufficient evidence. One such ailment that has gained wide attention is cancer. Much of the reasons behind these claims is because of the mediation of cannabinoids through the endocannabinoid system. While these claims can’t be refuted, it should be noted that there is still a need for sufficient studies to know how these effects on the endocannabinoid system will affect these diseases.

Is there a possibility of cannabis affecting more conditions?

The aim of conducting more works of research is to ensure that we can fully explore the range of the enormous potential of cannabis. When sufficient research is done, we can know the full extent of the effectiveness of cannabis, and the conditions it can treat.

Epilepsy is one such condition that cannabis can show a positive effect for when sufficient research is done. The FDA already has an approved drug made from CBD called Epidiolex. This drug is used to treat two rare forms of seizures in kids. Therefore, it is possible that when sufficient research is done into cannabis and CBD, the full potential of cannabis in dealing with epilepsy can be fully derived.

Are the promises equivalent to current results?

We can now see that we shouldn’t just swallow all the promises of cannabis littered all over the Internet hook, line, and sinker. This is because when we correlate them with current results, they may fail to hold water. The obscene expectations of some users is why they may feel that cannabis products are under-delivering. For health conditions that cannabis‘ effects have been sufficiently researched and proven, it’s been shown that cannabis is worth the hype. To avoid being disappointed, cannabis users especially newbies are advised to do their research before believing all they read on the Internet.

To answer the question ‘are cannabis products over-promising but under-delivering?’ No, legit cannabis products wouldn’t make claims they know can’t be backed up by facts and extensive works of research. Cannabis has been shown to be effective in treating in a lot of conditions and as more studies are conducted more conditions cannabis can help with will be discovered.