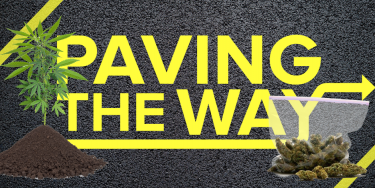 As marijuana gets increasingly legalized state by state, lovers of the wonder plant have its chilled out little sibling hemp to thank for paving the way. Here’s why.

You probably already know the history of marijuana prohibition, otherwise you wouldn’t be here, so just to recap briefly, the difficulty of legalizing marijuana can easily be summed up by saying the miracle medicine went through a century of abuse from so many opponents from all over the country, it simply remained too taboo of a topic for enough politicians to latch onto. Cannabis activists had to find some way to reach the public, so in walked Hempy.

For years, hemp products were allowed to be imported into the United States, but nobody was allowed to grow it or produce it – until the 2018 Farm Bill changed all of that when it passed, allowing full federal legalization of hemp farming, production, and consumption across the country.

The widespread use of the stalk, leaves, buds and seeds for industrial purposes such as rope, textiles, and now even plastic, has boomed. And of course we’ve all heard of the numerous CBD products on the market today. Between oils, food, creams and supplements, just to name a few, these relaxing cannabinoids can be found in just about everything.

What many people don’t realize, however, is that smoking hemp is becoming bigger than ever. And that’s probably because hemp flower is both healthier and cheaper than tobacco when you smoke it. After all, hemp is not only devoid of tobacco additives that give you cancer, its full spectrum CBD buds may actually help to cure cancerous tumors of different kinds.

If you thought smoking hemp cigarettes was the same as smoking tobacco, you must be high. Hemp is literally the opposite of tobacco products in almost every way, starting with the lungs, and we have the studies to prove it.

Harvard Health posted a study from the The Journal of the American Medical Association a few years ago that showed cannabis smoking could improve lung function when smoked in moderation. Cannabidiol has also been shown to reduce tumor growth, thanks to the British Journal of Pharmacology’s study from around the same time.

More recent studies on PubMed show the improvement of lung function in mice and people, and even as recently as this past July, Science Daily released the findings of a study of CBD on the lungs to help COVID-19 patients since CBD helps reduce inflammation. Imagine if someone told you tobacco could cure cancer and coronavirus – you’d probably laugh at them!

Knowing these facts alone has led quite a few smokers to switch to hemp cigarettes as a healthier alternative, but physical health isn’t the only reason. It turns out that consuming hemp for the CBD effects is a nice break from the intense highs of today’s scientifically grown marijuana.

Some People Don’t Need To Get Totally High

Tetrahydrocannabinol (THC) is a great high and most of us would agree on the creative spurts and even increases in productivity after consuming it. Unfortunately, like most psychoactive recreational drugs, there can be such a thing as too much for many cannabis users.

Depending on the method of intake and amount of THC, there are quite a few people who find they need to relax but don’t want to get burnt out later on in the day from smoking marijuana.

Burnout is caused by the initial high from THC fading down and causing a feeling of sleepiness or lathergy, sometimes referred to as a “cloudy head”. This is probably why potheads got their nickname – cuz they know just the thing to wake them back up, right? Well not always. Being high all day isn’t always all it’s cracked up to be for everyone.

Common complaints that even avid pot smokers such as myself will have often enough is that THC can not only cause distracting thoughts, but can lead to what is known as “amotivational syndrome”, a common psychological ailment among chronic cannabis smokers. It’s just like it sounds: a lack of motivation and drive, and sometimes at the wrong moments if you don’t plan your day right.

The good news is that switching to hemp (which only has 0.3% THC, the amount legally allowed by federal law) allows weed smokers to get the relaxing “chillout” of CBD without getting wasted and, while it’ll never replace marijuana as a fun escape, it’s still a pretty great buzz, making the use of CBD hemp for a milder high not such a bad idea sometimes.

Hemp Producers Are Already Set Up For Marijuana

The best part about the Farm Bill legalizing hemp federally is that all these hemp farmers are already completely ready to add marijuana to their crop fields. This way, if and when the argument is presented (and it most likely will be) that farmers don’t have the space in their fields for marijuana, it will be instantly shut down.

What’s more is that the consumable CBD product manufacturers are also already completely set up for the addition of THC based products. Lobbyists from both are sure to join forces here and ensure that the voice of the industry is heard alongside the voice of the consumer.

Between the smell of a hemp cigarette when someone walks by a hemp smoker on the street and the buzz of CBD in the media over the past few years, the public is getting educated on what cannabis really is. Gone are the taboo days and in are the headlines about new state marijuana legalization after each election.

At this point, everyone and their mom knows what CBD is, as well as the difference between marijuana and hemp. People who were once very opposed to it are seeing their friends and family consume CBD products, reading about studies in the news, and thinking it’s not so bad after all – actually it’s the opposite, say most CBD consumers who try it for the first time.

We can thank more than just the hippies and potheads for this, too. Entire corporations have invested in not just the industrialization of hemp, but advertising for their products as well.

Of course, there’s also the smoking of hemp that we’ve discussed already above, which is trending more than just a little in the past year alone. More people smoking hemp legally on the street means more people accepting that lovely smell.

If you’re a marijuana smoker and you need a break from the intensity of your highs but still crave the smooth, relaxed sensation of smoking a joint, try a hemp flower cigarette for a change. There are many brands to choose from and even more flavors and varieties on the market today.

And if someone asks you why you’re smoking it, just tell them what you learned here. After all, as cannabis advocates, the best thing we can do is educate others on what they are clearly missing out on! 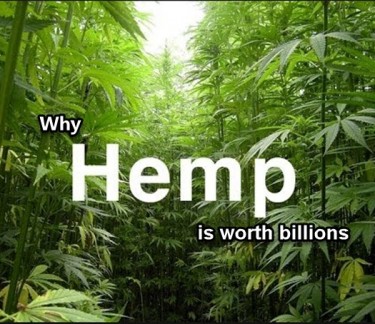 WHY THE HEMP MARKET IS WORTH BILLIONS ALREADY, READ THIS!

WAS HEMP MADE ILLEGAL BECAUSE OF MARIJUANA, READ MORE!